After the recent destruction of The Vinyl Villian's brilliant blog, I am abandoning blogger and only updating my tumblr page. Come on over to www.zenmusings.tumblr.com for a spin of some good tunes!
Enjoy!
Posted by Jon at 2:25 PM No comments:

Hi! If you've participated in the A Matter of Fate book tour during the month of January, and posted a review on your blog, you are eligible to win a $15 Amazon gift card. Simply fill out the Rafflecopter widget below and leave a link in the comments section to your review. The gc will be sent via email. Thanks! a Rafflecopter giveaway
Posted by Jon at 2:13 PM 8 comments:

The Japandroids have guts. Any band that opens their record with the sound of fireworks going off better be able to back it up. Luckily this sparse two piece outfit has enough hooks to pull it off. "Celebration Rock" is an ode to all things rock n roll. It's a throw back and a leap forward all at once. It is by dad the most anthemic record produced this year.

"The Nights of Wine and Roses" explodes though the speakers lead by the steady drumming of David Prowse that propels the song to great heights. When lead singer Brian King tells launches into the tale of lost innocence on "Fire's Highway" he seems to be channeling Springsteen without aping him. For a two piece band there Ida lot of space in the songs. Guitar notes are left to longer into feedback before exploding again. There's a punk ethos underlying the songs like "Evil's Sway" and the sure to be love sing along staple "The House Heaven Built". The closing "Continuous Thunder" has a slight downshift in tempo that echoes Monster Era R.E.M. This is without a doubt the driving record of the year and a top 5 album of the year for sure.

I know this is a blog about music, but every once and awhile I like to step out of that world and publicize something else I think is worth your time. A Matter of Fate is a teen fantasy novel about the trials of a young girl coming to grips with who she is and what life has in store for her. All the while conflicted about her feelings about TWIN BROTHERS!!!!

The book is written by Heather Lyons (yes, she's my wife) and can be purchased by visiting her website at www.heatherlyons.net or www.annarbooks.blogspot.com .
The book is available in both hard copy and e-book. Take some time and check it worth, you won't be disappointed.
The synopsis is here:
Chloe Lilywhite struggles with all the normal problems of a typical seventeen-year-old high school student. Only, Chloe isn’t a normal teenage girl. She’s a Magical, part of a secret race of beings who influence the universe. More importantly, she’s a Creator, which means Fate mapped out her destiny long ago, from her college choice, to where she will live, to even her job. While her friends and relatives relish their future roles, Chloe resents the lack of say in her life, especially when she learns she’s to be guarded against a vengeful group of beings bent on wiping out her kind. Their number one target? Chloe, of course.

That’s nothing compared to the boy trouble she’s gotten herself into. Because a guy she’s literally dreamed of and loved her entire life, one she never knew truly existed, shows up in her math class, and with him comes a twin brother she finds herself inexplicably drawn to.

Chloe’s once unyielding path now has a lot more choices than she ever thought possible.

Curious Quail: All it Took Was The Name 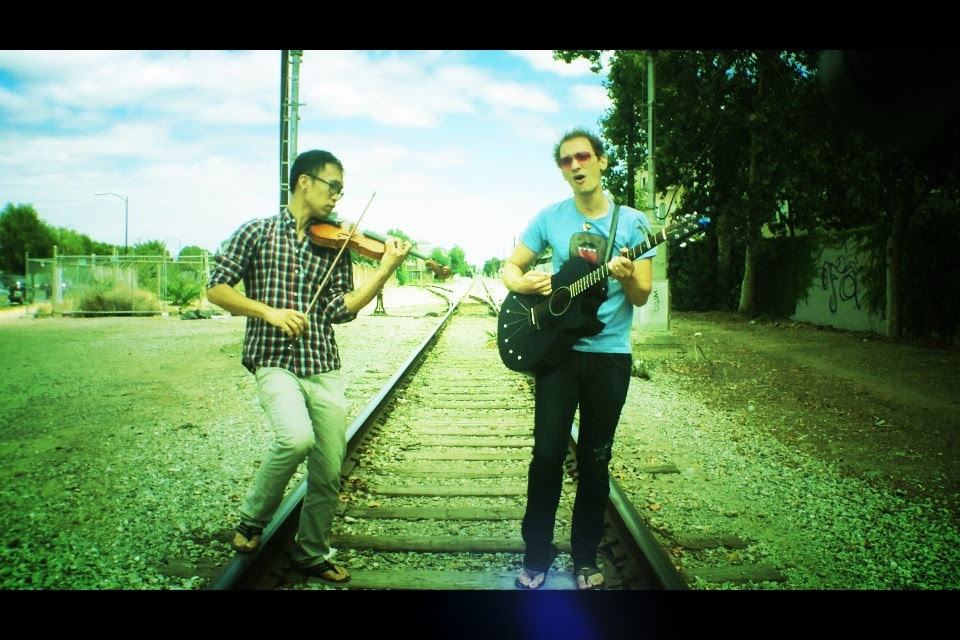 Sometimes all it takes is an inventive band name to catch my eye. With the case of an extraordinary San Jose band, it's a name as inventive as CURIOUS QUAIL. I literally had no idea what to expect when I stumbled across their album "Instant Gratification" on one of my late night random searches. After a few dalliances with their tumblr page I dove headfirst into the album. I'm a very glad I did.

The opening track is a laptop pop confection entitled "Once In A While". Not a bad start but not the best the band has to offer. By the time the guitars crank up with "Disappointed Smiles" one senses something special is afoot. Lead singer Mike Shirley-Donnelly has a laid back vocal style punctuated with enough inflection to keep the listener off balance. "When Cats Learned to Speak" utilizes a little keyboard tinkle and a skippy drum beat to push the song along to the point where you just get lost in the groove. But then the listener arrives at "Survivor's Guilt" and time literally stops. I haven't been floored by a single song in a long time. Like a long lost cousin of a good SMASHING PUMPKINS song meshed with the emotional depth of a CLAP YOUR HANDS AND SAY YEAH poem, Shirley-Donnelly digs deep into his soul and explodes across the song. There is genuine pain and emotion pouring out of it in a way that make you come back again and again.

After the sheer brilliance of "Survivor's Guilt", there is bound to be a let down. "The GLOW" is a POSTAL SERVICE style lament. "Something Under The Bed Is Drooling" is the turn to a quieter more acoustic laden sound for the second half of the record. There are shades of DAVID BYRNE in the vocals and the violin becomes more prominent in the back part of the record. By the end of the record, "closing with the elegiac "Playground", the listener has been on a emotional journey of childhood fears and hopes along with adult loss and love. It's a heady record that grows more detailed with each listen. At least for me, a candidate for record of the year.

So, you may be asking yourself, is there anyone in the USA less qualified to review PUBLIC ENEMY's new album than a suburban white guy with three kids, drives a white Minivan with those stick figure decals of his family, and whose most recent posts included DEATH CAB FOR CUTIE and DEPECHE MODE? But I will counter with four specific anecdotes as credentials;

1) I have actually played pool with FLAVOR FLAV. At the release party for their Muse Sick-n-Hour Mess Age record at the Hollywood Athletic Club. He kicked me ass by the way.

2) I have interviewed Professor Griff for my defunct radio show in college. He was not what I expected and, to this day, his intelligence and thoughtfulness is still somewhat shocking.

3) Chuck D signed my copy of It Takes a Nation of Millions to Hold Us Back without questioning why a geeky kid like me even owned the record in first place.

4) I was present for their opening act stint for U2 in Arizona when they played two songs and walked off the stage. I think I was one of maybe twenty people in the audience who knew why they did it.

(shout out to my friend Scott who was present for all four of these events.)

So now that we have established my cred, here are my thoughts about Most of My Heroes Still Don't Appear on No Stamp, PE's first record in 5 years. From the opening salvo of "Run Till It's Dark" it is obvious that even 25 years into their career, Chuck D is still one of the fiercest Mc's on the planet. The vitriol and the anger are present just like they were all those years ago. The title track recycles a phrase from prior work and hints of some older beats to reclaim Public Enemy's mantle as the sound of old school hip hop. The first single, "I Shall Not Be Moved", takes a simple bass line and live drum beats to give D room to hit the lyrics hard. Yes, he's older, making references to working the senior circuit, but Chuck still has the right tone for his message. Musically, the group has expanded it's sound to include more live musicians since Terminator X, the architect of their original sound, is no longer with the group. There is a lot of funk references throughout, including the groovy "Get It In" and the horn driving "Fassfood". The album closer is the truly odd "WTF?" which takes a pretty straight forward guitar lick and rock structure and gives Chuck a new tone to work with. Here the rapper attacks the Tea Party and other government structures to address the still huge gap between the have and have nots.

The biggest difference between this album and other Public Enemy records is the noticeable absence of Flavor Flav. Relegated to a side man, Flav seems to be the odd man out of the record. Normally, he would get a song or two to lead the charge (most notable "911 Is a Joke"), but maybe his reality star career got in the way. "WTF?" is the closest to a showcase but even his verses seem lackluster. Flav, you used to be a sly comic, now your slipping. Work harder son, work harder.

There is a lot to like about this album is you like Public Enemy's previous work. Rumor has it this is the first of two albums to be released this year. If that's true then even after 25 years, Public Enemy is still going strong. And all of us are better off for it.

My wife and I were lamenting the loss of music videos the other day. With MTV and VH1 no longer featuring music, videos are now almost exclusively an on-line phenomenon. This is a shame since you might miss out on videos that are unique and interesting. Here is one I missed that would have been a huge hit if they still played them on TV. One top of that, DEATH CAB FOR CUTIE'S 'Underneath the Sycamores" is a great pop song: 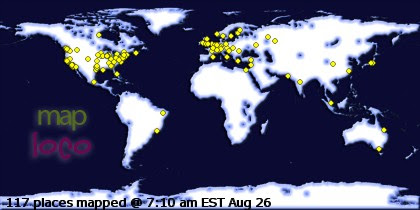