M83 get amibtious about dreams 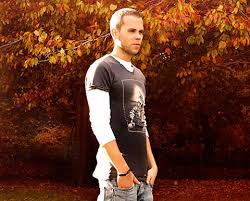 Ambition is a tricky wicket. We want our musicians to extend themselves beyond their boundaries and explore new sounds. But we also want them to replicate the songs that made us first fall in love with them. We want new music from them on a regular basis but not at the expense of the ability to digest it and appreciate it. RYAN ADAMS and PRINCE have often been accused of musical megalomania by release a ton of stuff without any real regard to the overall quality. GUNS N' ROSES effectively ended their career by releasing a double album when one at a time would have sufficed. THE STONE ROSES couldn't seem to get their shit together to release a second record for over a decade, and when they did the wait made it a disappointment. It's a hard thing to time your ambition just right.

M83 have accomplished such a rare feat. Three years after their last record, the band (essentially one member at this point, Frenchman Anthony Gonzalez), has released a magnum opus entitled "Hurry Up, We're Dreaming". The double record contains 22 songs of sheer brilliance. Culling from the past catalogue of sounds from their early shoegazer material through their most recent forays into 80's synth pop, M83 have recreated and updated their sound at the same time.

Opening with the epic "Intro", it is clear that Gonzalez has opened up the effects panels on his guitar, which frames quest Zola Jesus' vocals nicely. From there the record soars through the anthemic "Midnight City" and "Reunion". "Wait" has a sleep acoustic feel, which is new for M83. "Claudia Lewis" has a retro HOWARD JONES feel to it (don't laugh it's really good). Their are instrumental interludes that serve as resting stops along the journey. Gonzalez has said that the bulk of the record has to do with dreams or a dreaming state. "Soon, My Friend", another acoustic number, is very much a lullaby to a child. M83 have started to fiddle with more straight ahead songs on recent records, but here the size of the record makes that harder to do. There are a lot of short bursts of musical ideas that aren't really fleshed out, and are not meant to be. It's as if you are inside someones dreams as they come and go.

"My Tears Are Becoming A Sea" opens the second disc with a crescendo of drums and strings like your soaring over mountains and out to the ocean. "New Map" roars the record back to life with the more traditional M83 sound. "OK Pal" readdresses the 80's sound of their last record, feeling like something left off a John Hughes soundtrack. "Year One, One UFO" revisits the use of pre-recorded interviews to add to the texture of the song that was so prevalent on the band's early work. By the time you reach the instrumental "Outro", you are ready to wake up, not from exhaustion but from a feeling you have seen all their is and you are ready to tell your friends.

The record could have been trimmed a bit, but I think it would have sacrificed the artist's intent to deliver on his own ambition. I can't imagine where he goes form here, but if his next journey is as good as this one, we are in for a real experience.