Imitation Will Get You Everywhere

When I worked in the music business, I spent the bulk of my day calling college radio stations to get my records added to their playlists. This usually entailed all kinds of cajoling, needling, begging, bartering and general bullshitting about the record. When it was a record I liked this was an easy process. I could effuse about it's artistic virtues and the quality of the musical craftsmanship, the passion of the lyrics and the simple fact the band F***king rocked. However, when the record was less then stellar it was a harder task. The easiest way to get someone to play a record was to compare it to a more established artist. Sometimes this was easy, other times it was a bit of a stretch. For better or worse I now find myself on the other end of that paradigm as labels and promotion companies send material to me to write about. This extends to artists I hear now that immediately recall other sounds. Here are just a couple of examples:
Owl City -- Ocean Eyes 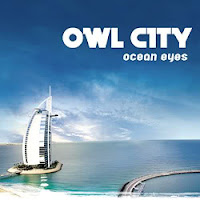 I swear to god when I first heard the lead single, "Fireflies", I thought it was a new POSTAL SERVICE song. Granted the lyrics are certainly more juvenile than anything Ben Gibbard would actually release (in fact one almost pictures Gibbard hearing this and chuckling about it something he would have written in Junior High). But setting that aside, and coming to grips with the sheer candy coated pop nature of the whole album, it really isn't that bad.

(mp3) Fireflies (careful, earworm waiting to happen. Thank the wife for this one.)
Hyperstory -- Hyperstory 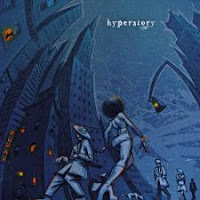 I thought the GORILLAZ were about as innovative as they came when they first appeared. Damon Albarn and Danger Mouse served a quality musical foils to each other and pushed one another to new creative heights. The unexpected outcome of that album was a meshing of alternative rock, hip hop and electronic that had been bubbling under the surface and shot it into the mainstream. This in turn led to a lot of this sort of hybrid production as star type of musical projects. HYPERSTORY, is a prime example of this phenomenon. Not wholly original (the press release from the good folks over at Green Light Publicity actually touts this record as a stop gap till the new Gorillaz record comes out) but still a decent outing, one wonders if it would get any attention if it was judged on it's own merit rather than comparing it to a superior product.
(mp3) A Happening (this is the best thing on the album)
Posted by Jon at 8:02 PM

I don't know, I'm a big fan of gorillaz and I also was turned on to hyperstory and have heard the comparisons. But really, they are quite different. Hyperstory is a highly original album with interesting production and really great songs. I don't think it is inferior in any way. Quite amazing actually....and different.

Happy Xmas when it arrives.

I know its a special one in the Zen household. Hope its a joyous, peaceful and memorable one.